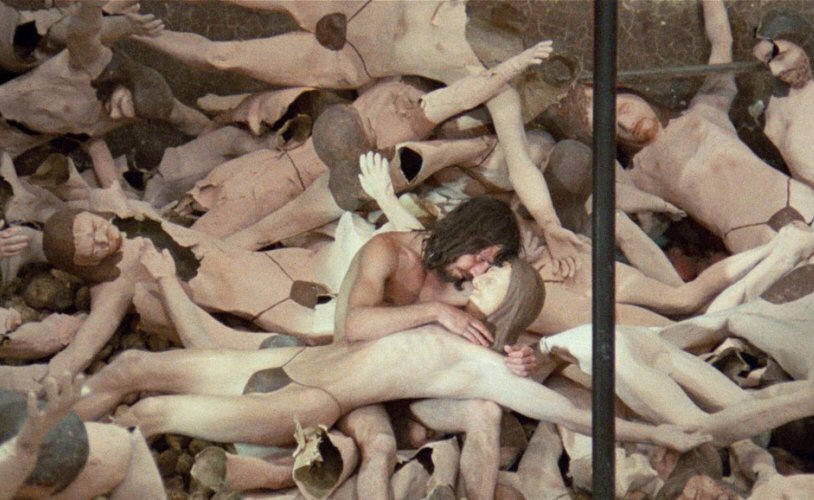 Trying to decide whether you wanna leave your house today or not? The weather’s actually quite nice, so turn off Season 4 of whatever you’re ‘trying to catch up on’ and go check out some art & music.

If you need a different kind of insanity, or the snow is making you too lazy to leave the hood, get your fix at Rabid Hands’ Sequence of Waves. With performances and ephemera throughout the day, this convent at 21 Monitor St will have an electric gamelan orchestra, a giant zither connected to a mural, and a (Parts + Labor)-curated ‘House Show’ (whatever that means).
2-9p, free(?)
–

If you wanna get a little daytime dancing in, hit up this chip music event off Graham:
“The biggest I/O dance party yet will feature five chip musicians performing dirty, lo-fi dance music from 6-10p whilst four visual artists project motion graphics on every surface of the venue (audience included).”
Can’t argue with that.
26 Bushwick Avenue, 6-10p; $5

A new space in town, Good Units (356 W. 58 St) launches off 2011 with the re-up of DARK DISCO (remember them?). I hear to expect crazy art installations, pretty people, and lots of debauchery.

Love or hate post-dubstep, d’n’b, & the sounds of sister London, their diffusion into the world of music is undeniable. Burial to James Blake, we are seeing electronic music that constantly reinvents itself and for that I have to give credit. Tonight two of the leftfield’s maestros, Jakwob and Falty DL, should give a pretty good idea of where its heading .
Oh yea, and Blaqstarr plays a live set.
$15 if you buy online, $20 door